What’s next to invest in Quantum Technology?

There has been an impressive amount of investment in the last few years in Quantum Technologies. According to Mc Kinsey, investments into quantum technology companies in 2021 amounted to $1.7 billion, 20 times the amount raised in 2016 and a twofold increase on 2020.  The first quantum companies started 10 years ago and found a niche in the Research market. Something changed.

We also discuss the value proposition of the quantum advantage, and what is coming next.

Why Venture Capital invests in quantum technologies, and why now?

Venture Capital investors permanently monitor various technologies which are still in a research stage in Universities or Large corporate labs. Among these technologies, RBVC maintained a survey on Quantum Computing. Around 2018,  something changed: Quantum Computing was no longer a pure research topic. As a Corporate, Bosch positioned itself as a future user of Quantum Computers in the area of Material development or sensors. Bosch being an IT company, cryptography is also a major interest when information needs to be transfered. The cybersafety of autonomous cars is a typical example of applications. Investment in Quantum technologies was then a great synergy between RBVC and the Bosch Research activity.

Airbus venture is monitoring technologies but also the pain points along a vertical axis from ground to space. The companies like Airbus, Boeing Lockheed and other consume a lot of computing power to design aircrafts or sattelites. Since the beginning  of Airbus Venture, the organisation has looked into what they like to call the “unconventionnal computing”. They see the limits in the CPUs compared to the need. There are 2 routes for this, one can push the limits of the existing concepts (more Moore), but revolutionary ideas going “beyond Moore” are worth of consideration. Quantum computing emerged indeed in 2016-2017, but chemistry based computing, involving datastorage on DNA, is also worth of attention.

The timeline to reach a stable quantum computing was considered too far to invest in hardware. That’s why the first investment of Airbus venture in the quantum domain was in QC-Ware, a hardware agnostic software company. It was also a way to measure the market traction in this area. The first investment in Hardware was in IonQ, followed by QCTRL in Australia and an early stage bet in C12 Quantum Electronics using Carbon Nanotube as a quantum computing processor.

At Matterwave, the fund is problem driven and the trigger for investment is the availability of new tools that will enable new applications. The first investment in quantum technologies was in Nvision whose technology enhances the capabilities of large MRI. Matterwave has worked a lot in Semiconductor and Photonics, and the expectation was to identify a path of quantum computing on these platforms that could deliver scalability. Fully Depleted Silicon On Insulator technology (FDSOI) emerged and lead to the investment of Equal1 which aims at manufacturing the largest error corrected quantum computer on a chip of 10 000x smaller size compared to other actors in the field.

“Research and Start-up need to be closely connected in Deep Tech.”

At Quantonation, quantum is in the name! Quantonation is the first early-stage VC fund dedicated to Deep Physics and Quantum Technologies. For the team, one of the specificity of deep tech and more specifically  for quantum technologies is the need for a continuous effort in R&D in these companies. Some start-ups such as Muquans are some of the unique company selling quantum based products. They are nevertheless in need of intense R&D effort. This is the reason why, while the fund was created, the team created an association to federate research, startups and investors.

In 2018, the first quantum computers were available in the cloud for already 2 years. This was indeed a trigger to leverage the quantum technologies. The Scientific world was using these means for themselves? The company Pasqal (co-created with Quantonation), was performing some computation to simulate exotic state of matter.  Even though these computers could be focussed only on very specific problems, these experiments could be leveraged to solve industrial problems with a huge value for customers.

Philippe Bouyer started MuQuans 10 years ago.  As a scientist and researcher, he could envision the potential of  cold atoms sensors, but all the potential was wasted because it was beyond the laboratory’s mission or capability to reach a level of maturity that would become usable in the real world. That was one of the motivation to create Muquans to be able to perform this specific engineering in the frame of a company where resources can be focussed and work closely with the research lab permanently injecting results and knowledge in the company.

These products have also impacted other businesses such as Pasqual which is exploiting lasers which where designed initially for Muquans. These functions can feed new companies and that’s how Naquidis was created, to stimulate the existing value chain. A similar approach is considered in NAQUIDIS, the laboratories are performing excellent research, and this organisation would enable a connection between industry and Science to propose the critical functions that will make new product happen.

What are the drivers for Quantum Technologies adoption?

Is there a stronger appetite in the US compared to Europe?

According to  Jean-Gabriel Boinot Tramoni (Quantonation) the mindset between Europe and US is different from an investment standpoint. The US investors have a more long-term vision and could finance a moonshot project with a 10 year timeframe and consider any intermediate step as a distraction. In Europe, the strategy is more to develop toy models or Minimum Viable Machines to sell 10qubits proof of concepts which is well adapted to the European industrial landscape. Indeed a transition is needed in the quantum world. Shifting to quantum computing can be done gradually and the customers will be already on board when the quantum superiority will be here.

Mathieu Costes (Airbus Ventures) confirms that there is clearly a reaction in Europe after what happened in the US. The Sovereignty is at stake if a governement can’t encrypt its data or defense communication. The competitivity of the industry is also at risk if the european industry can not discover drugs as fast as the competition or if we can’t map resources as well as others.

In terms of applications, the use cases are the same for everyone: material science, biology, logistics. The organisation of the train schedules in a full country requires complex computation. Climate change requires action as well. You need to monitor thanks to quantum sensing, but Terabytes of Data will be produced and will need to be processed and this is something a conventionnal computer can not do.

The drivers for adoption (the problems to solve) are here, the question is how to build the solution and make qubits available in the cloud.

The downside is that with such technology, if you can break RSA, forget about the GDPR and data protection. There is a need to protect things which are not protected anymore.

“No customer cares about what is under the hood, they need a value proposition on resources consumption or performance.”

In Matterwave, the 3 quantum investments performed so far are adressing 3 different verticals driven by very different motivation. The driver is not specifically on the quantum technology but about solving a problem. It is important however to focus on the quantum advantage that you can provide in a finite amount of time, in 2 to 3 years and not in 10 years. The money flow can stop any time and there is a risk to enter in a quantum winter if development have not been able to deliver the big promises. That’s why to attract European investors on a European Market, startups need to be vertically focussed and demonstrate the quantum advantage for a timeframe of 2 to 3 years.

As an entrepreneur, Philippe Bouyer can relate to this point.  The early adopters are always excited to use quantum technology and to be in the forefront of the technology. But the ergonomy of the product is critical as well. The competition in the US is serving the military market where the pricepoint is really different from the research market. The researchers needed the same performance for half the price. It is however not possible to deliver these products for other market such as navigation. More work is needed to reach that point. The price needs to be reduced and a tradeoff is needed in performance. The increase of the market volume, requires an acceptable performance reduction from the market.

What’s next in quantum (in one word)?

“It is fine to have a long roadmap and it is understandable that things will take time. It is dangerous however to promise a massive advantage in a short period of time to the condition thar an additional 300M€ is injected in the company. Let’s try to stay realistic if we don’t want to kill the Quantum 2.0 revolution“.

The quantum computation advantage is the next step and it will be sooner that expected.

The threat of quantum computing on encryption is definitely a concern for today. The state of a personal bank account today will have no value in 5 years from now, but the design of a nuclear weapon will, and there are no practical solution in the short term. The mathematics exist but to use it in the real worl is another problem.

For the computing side, scalability is mainly an engineering problem. If the quantum supremacy is reached, the cost will not matter. We just need a lot of qubits.

For Philippe Bouyer, embedding the quantum technologies should be the next challenge , it is a challenge on miniaturisation and cost to address bigger markets.

Don’t miss our next sessions: check the full programme.

Other events
About INPHO 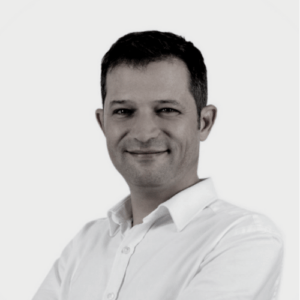 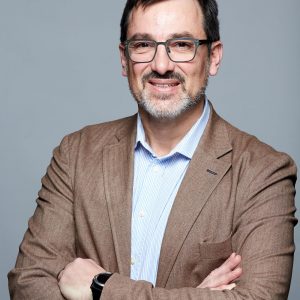 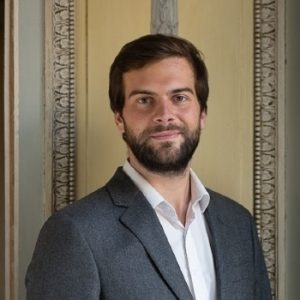 If you wish to join INPHO Venture Summit on September 13th and 14th  in Bordeaux, France, and meet with investors through INPHO digital jury from mid July to mid September  to benefit from their analysis and advices, please contact Alice Perez Morillas to validate your eligibility.